Trade show participation can be a daunting task. Companies allot several resources with thousands spent in booth construction alone. The industry is a highly competitive industry. Majority of the trade shows generate a substantial B2B market. As an exhibitor, you have to ensure that your stand will be eye catching to attract the clients that you want to pursue. Otherwise, your efforts will be fruitless.

With the trend of increased trade shows being held abroad, the importance of going for a local stand builder is becoming increasingly evident. Why a local stand builder? Why not just go for the same company that you have been working with for the past several years? The answer is simple, stand budget optimization.

If you are an American exhibitor participating in a certain trade show that is held in for example, China, does it really make sense to have a company to bring all the materials all the way from the US to Asia? By going with a regional stand builder based in China, located near the trade show venue, you will have a better looking stand. How?

The local stand contractors will have the advantage of reduced logistical and transportation costs. Thus, instead of the additional mark up getting allocated for travel and shipping related expenses, the regional stand builder can instead focus the budget in producing a better looking stand. Without worrying about this aspect, the local stand contractor could focus its budget mainly in creating a great design and procuring high quality materials for production later on. This is a simple analysis. However, there are still many exhibitors that forget to take this into consideration when selecting the right contractor.

There are also numerous exhibitors who maybe swayed by companies who advertise themselves of having subsidiaries abroad. Without meaning to generalize, most companies claiming to have foreign operations actually outsource their production by using local subcontractors. With this kind of set up, exhibitors are still at the losing end. Either they would still have to pay more with this kind of arrangement or, stand quality will be sacrificed in order for the foreign contractors to compete with what local stand builders could offer given the same budget.

Like it or not, additional miscellaneous mark ups are expected in an arrangement where an exhibitor is not working directly with a local stand builder. So, as a tip, if you want to optimize your stand budget, look for a reputable local stand builder to work with.

To search for regional stand companies, you may go to the website and filter according to location. 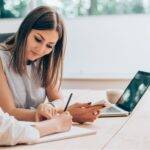 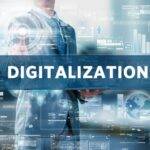 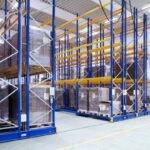